How Much Does Electrician Training Cost? 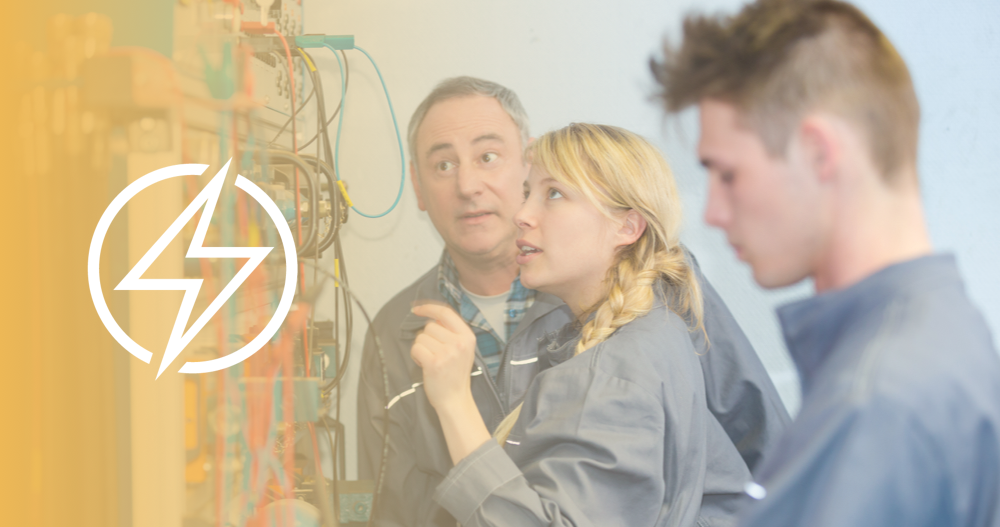 There are so many different things to factor in when deciding what career path to pursue—everything from the actual career, to the investment of time and money.

If you’re thinking about becoming an electrician, than it’s important to go in with your eyes wide open at the return on investment of school cost in relation to what you’ll earn upon graduation.

Let’s break down the training cost of becoming an electrician.

How Much Is Electrician School?

The cost of your school will fit with which type of educational route you choose. The most expensive training will be through a trade school, which can run upwards of $30K before financial aid, but it's typically the fastest route to starting work.

Community college will cost you an average of $2,500 per semester (you'll attend for 3-4 semesters). Colleges and universities will run you around $10K per year, not including room and board.

Additional costs will include your books and other study materials, school fees, and your tools. Tools can run an additional $2,500. But, unless something breaks or gets lost, those are the tools that will carry you through. So, it’s really a one-time cost.

Scholarships and financial aid are available for electrical training programs. These will help offset the price of your education. Grants and scholarships won’t have to be paid back, but loans will. Keep that in mind when applying for financial aid.

How Long Do Electricians Have To Go To School?

The length of time an electrician has to go to school really depends on which type of program you are enrolled in.

Once you finish training, you will be career-ready as an electrician apprentice and can begin work. It will take approximately 2 more years to reach journeyman status, where you can work more freely on your own. So, all in, with your program plus an apprenticeship, it can take up to six years to become a journeyman electrician.

Find an electrician school near you now.

How Much Does An Electrical Apprenticeship Cost?

There are two main ways to find an electrical apprenticeship: union and non-union.

While union apprenticeships come with so many great benefits, like retirement benefits, money, and training, they are harder to find. There are only so many slots that open up per year, and those get bombarded by applicants. The biggest electrical union is IBEW. Once you’re in the union, you have to pay its yearly dues and follow strict union rules. In return, you have the name and power of the union behind you. Plus, you get a pension and other benefits.

Do your research into your local unions, as well as the other types of apprenticeships available to you before committing. Weigh the pros and cons.

Read: A Day In The Life Of An Electrical Apprentice

How Much Does An Electrical License Cost?

The price will vary depending on which certification level you’re applying for: apprentice, journeyman, or master. Every state’s pricing is different.

How Much Do Electricians Make?

Being an electrician is more than a full-time job. Chances are, you’ll be putting in more than the traditional 40 hours, and working weekends and evenings will be just another day for you.

As an apprentice, you’ll earn an hourly pay typically somewhere between minimum wage and $19/hour. The more experience and knowledge you gain, the more money you’ll earn.

Once you become a journeyman, which means you’ve completed your apprenticeship and are a licensed electrician, you’ll start earning between $55,000-$77,000. However, it’s really not uncommon for electricians to earn closer to a six-figure salary. The U.S. Bureau of Labor Statistics reported the average annual pay for electricians in 2020 was $61,550, with the top 10% making $98,720 (bls.gov).

According to bls.gov, the highest paying states for electricians in 2019 are: